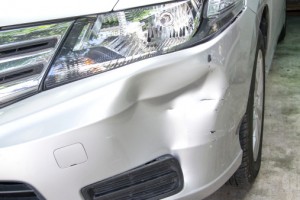 For dent repair Blaine MN knows to go to North Star Auto Body. When a vehicle gets dented, it may be no big deal to some people, or it may matter a lot– it often depends on a person’s personality and their temperament.

Think of The Odd Couple. One was/is a slob, while the other is a neatnik. One wouldn’t care about having a dented vehicle, while the other one could not sleep well knowing everyone else was noticing his or her dented car.

With vehicles, aesthetics matter. While most modern automotive paints are hard and resilient, dents and chipped or cracked paint happen. You can try and do dent repair Blaine MN yourself, or you can take the dent to North Star Auto Body for professional care and repair.

Did you know that proper dent removal typically approaches the damaged area(s) from the inside? Professional techs at North Star Auto Body will know what needs to be removed to access the damaged area, and they have the right tools to make it so.  Furthermore, ask yourself this question: “Do I do dent repairs daily?” If the answer is no, then you should consider having North Star Auto Body do your dent repair Blaine MN.

One of the problems of doing your own dent repair is that you may not be able to maintain a steady hand and gentle pace that’s needed to get the job done properly. It’s not unusual for amateur dent repairers to make their dents worse than had they just left them alone. Keep in mind that metal holds its shape to a certain point and if you pushed it a little too much you’ve got a more awkward look than before– not good.